Following the release of my recent video “D-One’s Ikonoklast Panzerism”, here is some online press received…thanks to everyone who supported this and assisted in promoting it. 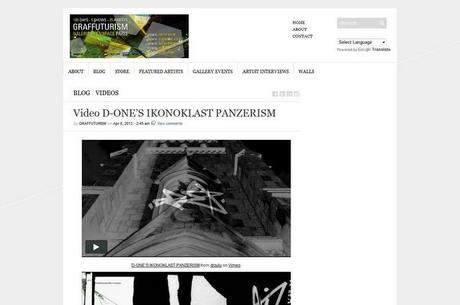 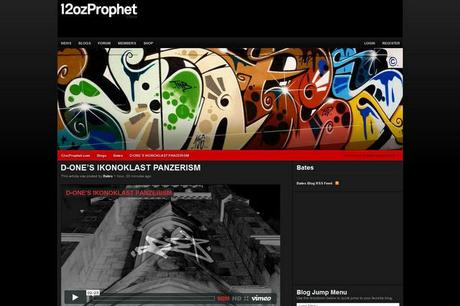 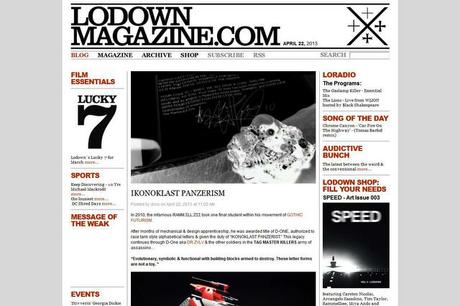 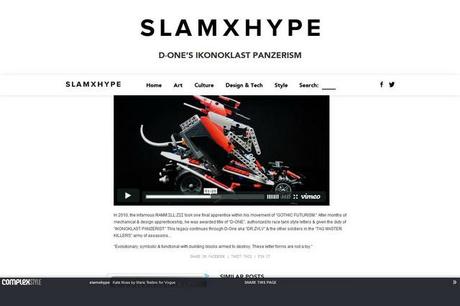 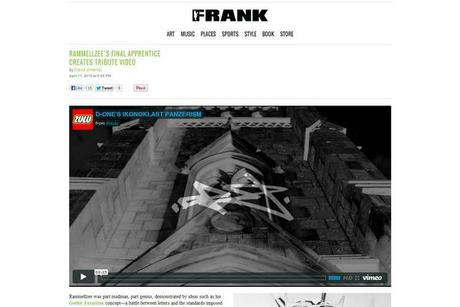 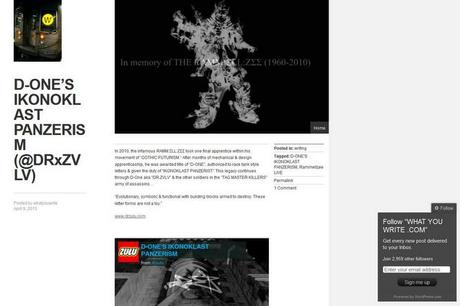 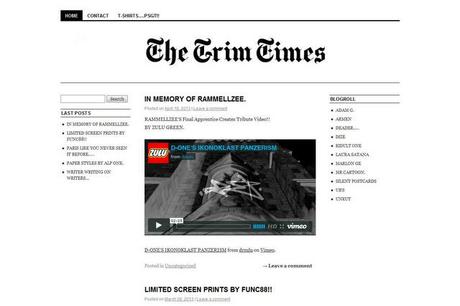 In 2010, the infamous RAMM:ΣLL:ZΣΣ took one final apprentice within his movement of “GOTHIC FUTURISM.” After months of mechanical & design apprenticeship, he was awarded title of “D-ONE”, authorized to race tank style letters & given the duty of “IKONOKLAST PANZERIST.” This legacy continues through D-One aka “DR.ZVLV” & the other soldiers in the “TAG MASTER KILLERS” army of assassins…

“Evolutionary, symbolic & functional with building blocks armed to destroy. These letter forms are not a toy.”